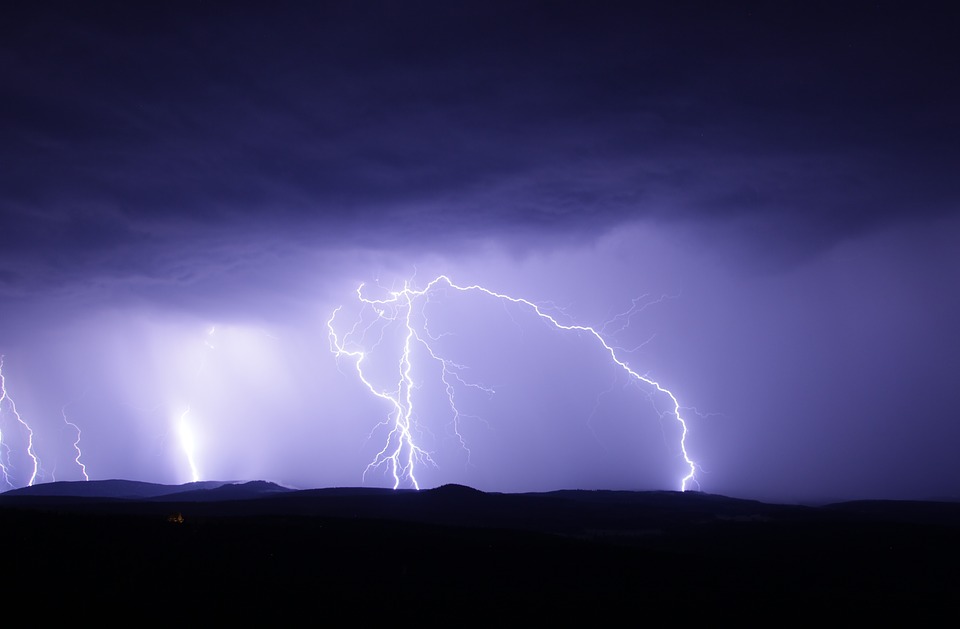 With an active thunder and lightning filled season, Electricraft knows how much storms can cause disruptions in homes and businesses. Electricraft helps customers with San Luis Obispo electrical wiring. San Luis Obispo recently had thousands of lightning strikes from a tropical storm sent northward via the Baja Peninsula.

The answer to the question, “Do we turn off all electrical appliances during storms?” is yes, but it also means it is important to unplug all electronics before the storm hits to prevent destruction. While turning off electrical appliances is important, unplugging them may be the smarter decision. The hard part of realizing this is that it is unsafe to unplug anything from the wall while the storm is directly nearby and could electrocute, if lightning strikes close by. Another thing to watch out for during electrical storms is plumbing pipes or telephone wires, because they conduct electricity so well. Electrocution is a hazard that can be avoided by taking the time for safety and planning for the unexpected. Luckily in the area, storms that knock out electrical appliances are rare, so having the time to safeguard by unplugging won’t happen often in San Luis Obispo. Electrical wiring can heat up and cause fires, so it is best to leave all electrical work to the professionals. Electricraft has the ability to take professional care in electrical wiring for all of San Luis Obispo county.

Moderate lightning strikes contain several hundred million volts of electricity, which means that anything plugged into something that leads to an outside line needs to be unplugged, safely. Being aware of what kinds of appliances are more susceptible to damage from lightning strikes is helpful, like computers, refrigerators, and vacuum cleaners. Appliances that have circuit boards are more susceptible to even the smallest electricity spark which could ruin the electrical wiring. San Luis Obispo’s Electricraft can help by spreading awareness. The first things to be unplugged would be the most expensive electronics with circuit boards like televisions, video game consoles, computers, stereo systems, and don’t forget that even the modem wires for the computer. The electricity from a nearby strike can go through the wires in the telephone line to wreck the electronics. Thankfully by thinking ahead, important appliances can be spared the replacement expense. For more tips like this, contact Electricraft Inc.